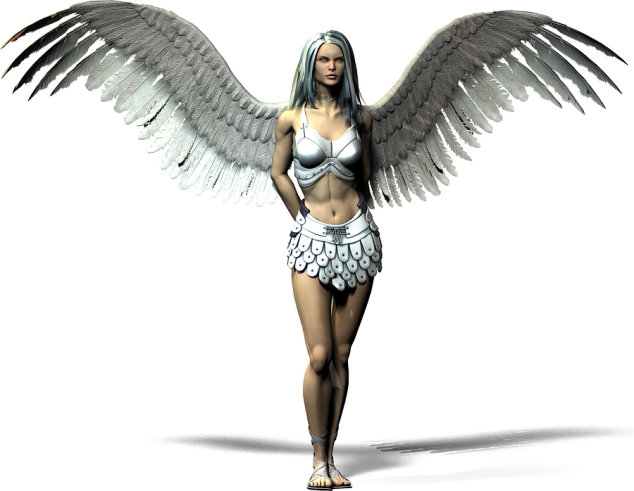 Before I go into today’s post, let me offer sincere apologies for my AWOLness ( whatever that means). I haven’t posted a thing since October, much to my own chagrin. Sigh. I have been on national assignment. Sigh. What do you do when your country calls for your service? You respond! But… ***sigh** You may be wondering why the zillion sighs. Hmm. Sigh. I sigh because….

That’s a talk for another day. Sigh.

Have you heard the Greek mythology about the Harpies? No? Okay, let me fill you in. The “Harpies” is a group a three women, rumored to be the daughters of Thamaus and Electra in Greek mythology. They were beautiful and had the bodies of goddesses (well, they were goddesses. Pardon the pun). Oh! You needed to see their fine round bosoms – THEIR BOSOMS – as the beautifully tanned calabashes of my granny (her soul rest in peace); their eyes as the silver tabs of the Twyford basin handle in my bathroom; their smooth straight legs as the never-ending potholeless roads in Akwa Ibom state; and their hips as the round curvy banks of the Niger Delta creeks!

Well, these women grew tired of being courted by all and decided to be fierce for a change. They became winged monsters with the face of an ugly old woman and equipped with crooked, sharp talons. They were represented carrying off persons to the underworld and inflicting punishments on them. Those persons were never seen again. These women – the fair maids with fine boobs that were courted by small icecream coned men – were Aello, Celaeno, and Ocypete.At about the same period of the Harpies reign (that is, in the archive of history), the Mayans, upset that the Harpies had bought their way into the books of history forever, came up with a great idea. They woke up one day and said “let’s do something fun for once!” The Boss Of The Mayans asked for suggestions, and an old woman opined, “let’s scare future generations.” The Boss Of The Mayans said, “Great idea! What should we do?” The old woman said, “let’s tell them stories of the gods – scary stories.”

The rest is history. The Mayans came up with a very creative story that the world would end sometime in Z0!Z. That is Mayan language. Some smart dude over the years picked that up and said the Mayans had meant to write “2012.” And of all days this smart dude picked, he picked December 21, a few days to Christmas. Sigh. Seriously, why would the world end a few days to our Lord and Saviour Jesus Christ’s birthday?!

The scary thing about this news was not that the news was scary. It was that my fellow brethren in Christ believed it. They completely forgot what the Bible promised us that the second coming of our Lord would be as that of a thief in the night – that no man would know. They joined in selling off their properties and kept wake. How disappointed they will be right now!

There was news of people being extra careful, extra cheerful and extra charitable. Everyone was suddenly in a mood of giving.
A pensioner in Moscow, Ruslan Makaev had dug up an underground bunker in his backyard in the southern city of Vladikavkaz some nine years ago. It’s meant to fit twenty people and hold enough supplies to last them all two months. But now that the world isn’t ending anymore, atleast not in 2012, Mr Ruslan is still upbeat that his effort wouldn’t be in vain as he expects World War III in 2014. So people, peradventure we really have World World III in 2014, please please please don’t forget you read about it first on this blog.

When I learnt everyone was selling of their properties in anticipation of the end of the world, something interesting came to mind. My beloved country is known for cashing in on failed projects. They call it ‘privatization.’ Almost every sector is privatized. Enter: Telecommunication, oil and gas, power etc.

Now, as the world was busy selling off things, I was scared to the bones when I had this thought: what if the Presidency decides to sell – I mean, privatize Nigeria? What if the Presidency calls for bids from the Japanese, Chinese, Portuguese – any ‘gese’ at all – to buy the country? The world has labeled Nigeria a failed state, so it wouldn’t be an unthinkable thought to privatize the country, would it? Thank God the Mayans were wrong. Who knows whether the National Assembly was actually considering last minute call for bids? If this was the case, I still wonder who would have agreed to buy us in the face of the world coming to an end. Sigh.

One thought on “OF BIG BOOBS AND SMALL ICE CREAM CONES”