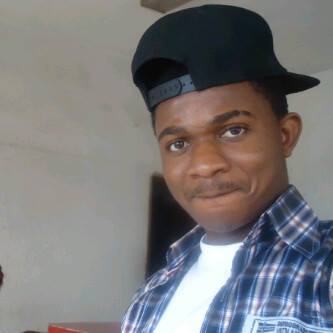 Yesterday whilst searching for a picture that would go with the poem Free by Miss X (Stop asking who that is! Most of you already know her!), I stumbled on a blog post about a little girl who was always taunted by her friends for being fat. She had reported this to her mom on one of such occasions, and guess what the mom did? She quietly wiped the girl’s tears, took her to an eatery and bought her a fat bowl of ice cream. The little girl consumed the junk with utmost delight, forgetting whatever had happened. This, the mom repeated whenever anyone made her little girl cry by addressing her as being fat.
This reminded me of my conversation with a tweep some few weeks back. I had tweeted about my experience as a child when my friends made fun of my then big nose and almost cat-like ear (you know, the type of ear that refuses to rest for a second. Always on “attention”). Truth is, I never saw myself that way until my friends started pointing it out to me. They would say things like “haba, why did God do this to you nau? Height you no get, you come small, your ear dey stand and your nose dey like clown own.” The first time they said it, I had thought they were kidding; but before I knew it, it became the new way of greeting me whenever I arrived at their gathering.
This made me highly depressed and miserable. It affected my relationship with the girls. I knew no girl would ever trip for Shrek. And the boys didn’t make it any easier for me. Because of my little frame, they never deemed it fit to invite me to any of their “wrong maps”. You know how guys hang out and talk about or stalk girls? Yup. They never allowed me into their circles because I wasn’t as big as them, and to make matters worse, I was the “good boy” type. So I had a different view about smoking, drinking, sex, sex talks, fights etc. In fact I remember the first time one of “us” started speaking pidgin english (my school had a policy against it). I made a joke out of it by asking when he started speaking pidgin; and whether he thought that made him feel like a big boy or what. So you can imagine how that would have infuriated them. They scolded me and sent me on lifetime exile, never wanting to have me around them (it was not as if I was ever a part of them). They didn’t feel I belonged with them. As time went on and as we moved to higher classes, in order to win them back, I had to prove my manhood by stubbornly joining them to a bar and ordering for a bottle of Star beer, just like they did. They “loved” me and eased me into the fold. Story for another day.
Even, when once in a while they allowed me hang out with them, that didn’t stop them from pointing out my “flaws” to me. I never felt good about myself.

Now, remember the tweep I said I had a conversation with some weeks back? She shared a similar story with me. Here’s what she said,
“As a child, I was tall, and quite thin and tactless adults compared me with my sister and somehow opined I was ugly. As I grew older, I was a late bloomer and I heard the statements again. Didn’t help that I stretched to 6 feet at 14. How did I respond? I hid away at first… and then my parents noticed and helped me build my self-esteem back. I’m not ugly, I know that for a fact now. I wish I knew what I know now earlier. No to tactlessness, its destructive. Honestly I believed (those adults) and so I concentrated on the inside. Today, I don’t mind being 6 ft and 1 inch tall, I don’t mind not being fat or chubby. I love who I am and I affirm others every chance I get. At a point, I would say to myself, I have a beautiful heart just to make up for not being pretty. I think if parents watched (their kids), they would notice (the changes in their behaviours). My parents noticed and didn’t address it at first. Got my aunt who was also very tall to deal…. I honestly didn’t believe a compliment that went ‘pretty’ or beautiful’. My mind said ‘flattery’…..
But I had long accepted my height and stature. But truly accepting that I was pretty. hmm…those words sunk in so deep….. So I was quite okay with being in the Friendzone: the chic that wasn’t pretty enough to be dated, but be friends. Lol! I didn’t even realise! I believed them (my parents) eventually (that I was pretty). I was mad for the years I wasted just hiding away.”

She went further to relay another tale: “I heard a 6 year old tell another ‘I detest your fatness’. I cringed. I think she was 7. What kind of values are those??? For a 7 year old to tell a 6 year old that? Hmmmm. The poor girl may have nursed those words. Of course, I quickly addressed it. That’s a child to another child.” ”

I believe many people have a similar story to share.
Now, the real problem with this situation is not the fact that kids are being taunted by their peers for being too tall, fat, thin, short, skinny, big-headed, late bloomer etc. It will always happen. The real problem is that such experiences usually shape the child. And the society – the family in particular – isn’t doing anything about it. How many parents usually take out time to study the behavioural patterns of their kids? When a child returns home from school looking dirty and downcast, do you try to find out why he is downcast first, or you yell at him for being dirty? When your child suddenly starts withdrawing and keeping to himself, do you care to know why? Do you even notice?

It is quite disheartening to know that most parents even say hurting words to their own kids. I have heard a mother mocking her child for being big-headed. I have heard a little girl telling her brother he is too thin. I have heard aunts making fun of the “bow legs” of their nieces. It is that bad.
Yesterday I saw a headline about a girl who committed suicide because her mom kept making uncomplimentary remarks towards her. I didn’t bother to read the story because I have seen many of such. The occurrence may not be that rampant in the African society, but that doesn’t mean it is an absolute impossibility. Most suicides today are linked with depression and low self-esteem.
Must kids be driven nuts over situations they had/have no control over? Quite ironically, most of these taunted kids grow up to become more handsome/beautiful than their peers ever were or would be.
Now, if kids who were born with complete body parts are made to feel this way, you can imagine what kids with “special abilities” go through every second of their lives.
To wrap up this piece, can you see the first picture in this post? Who do you think that is? NO! That’s not Usher Raymond’s younger bro. That is me now joor. Omo toh clean and fresh, shay? Yea, I somehow grew out of the big nose and cat-like ears. Kinda. To remove all reasonable doubt, here are more pics: Please don’t use them to market your products without my due consent. *dodges grenade* Ooooosssseeeeee!

This is me, at the “introduction” of a secondary school colleague sometime in January. (She was actually the headgirl while I was the head boy. Yes. I was d ori boy.) 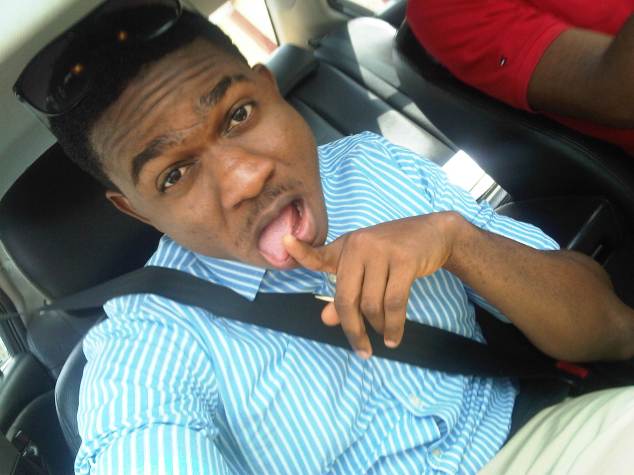 My female friends seem to like this picture A LOT. Dunno why. Cos I look damn cute? Looks homoish, tho, but NO. I AM NOT ONE.

Me and Uncle Clem 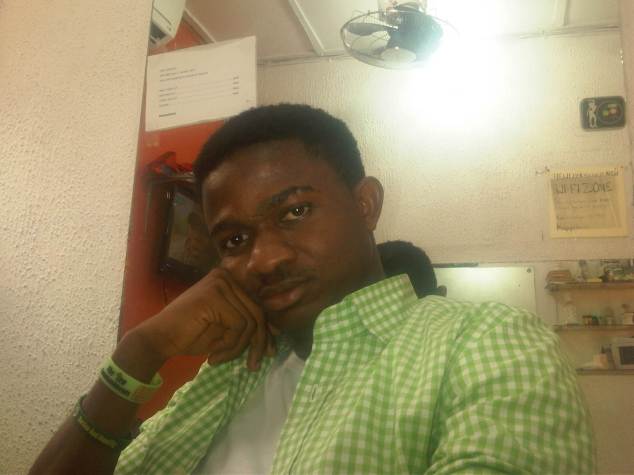 At the saloon, thinking of how to overthrow Hon. Pat Obahiagbon

I know some people would have been looking out for my nose and ears in those pictures. Hmm. Una get time sha. Anyway, tell us, have you ever been called ugly? How did you handle it?

18 thoughts on “Have you ever been called ugly?”