This is the ninth episode of Abduwahab’s Olajumoke’s “Diary of a Jumoke”. Kindly do give it a read and let me know what you think of it in the comment section below. 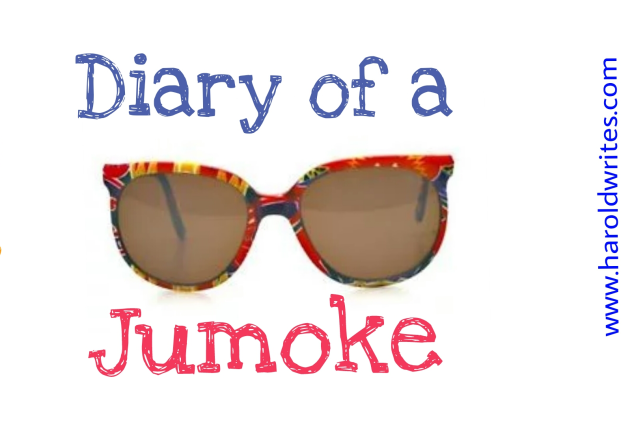 Two weeks passed and my contract with Dr Bassey ended. He traveled out of the country last weekend after depositing a breathtaking amount of money in my bank account.

I mean five million naira for two weeks of being his side chick! If you ask me, I’ll say that’s good business.

Shade’s birthday was coming up soon and I planned a small party for her. It was the least I could do. The lady was like a sister I never had.

My head was all wrapped up in the birthday preparation that I forgot totally about Chief Ike’s invitation. When I remembered, it was way too late and I figured I had to devise a plan to make it up to him.

The day came and we were all prepared for the celebration. Shade had pestered me into inviting Dapo for the party.

It was meant to be a small party, but the number of people who turned up was crazy. Even those people we had not invited came. Even Tega too came and she was acting this “goody” too nice girl to me. That girl’s stupidity is just beyond me.

I decided to wear a casual micro mini grown and a leather pam sleep on. I packed my braids in a ponytail and as usual, I was looking ravishing!

The party was already bubbling and everyone was having fun. Shade was all smiles.

I was busy with a plate of grilled meat when Dapo arrived. I was so into it that I didn’t notice he had been taking pictures of me chewing a mouthful of meat.

I was highly embarrassed when I finally knew what had happened.

“Hello Barbie, enjoying the meat?” he asked with a mocking grin on his face. I swallowed hard.

“Hi Dapo” I replied with a smile, standing up to give him a hug.

He was dressed in a red polo T-shirt, a short knickers and matching snickers. He looked completely dashing. I couldn’t help but stare at his lips. He caught my eyes on him and he winked.

The party was a blast. I was really tired and my neck was hurting. God knows, I nearly twisted my neck, made silly faces and replicated model like poses all in a bid to take perfect selfies with the celebrant.

It was late in the evening and almost everyone had left except for some of our neighbors and then Dapo. He stayed till the end of the party to keep my company. Thank God I hired a caterer; the whole place was a mess. Shade and I could not have cleaned it up in two weeks.

“I like your shorts” I complimented gesturing towards his khaki short.

I was slightly tipsy – and well, you know what happens when a girl is tipsy.

He picked his phone and asked if we could take a picture together. I gladly agreed.

The picture was beautiful and he joked about how my eyebrow looked like a Nike symbol.

At one point during our conversation he held my hand. His hands were warm and I wished he could hold me forever. Suddenly, he drew a bit closer and took my mouth in his (and there goes my kiss!). I was slightly shocked. I wasn’t expecting him to kiss me.

And as quick as he began, he pulled away and mouthed a silent “I am sorry; you are just too beautiful”.

Hian! Which kain I’m sorry? [What kind of sorry is that!?]

I replied by kissing him back. I had always wanted to do that. His lip was just as I had fantasized – soft, sweet and … (I kennat explain)

My hand was under his shirt in no time but we were interrupted when Shade cleared her throat loudly. We pulled away from each other. I could see the flush on his face.

“I just wanted to thank you for showing up Dapo”

“And Jumoke, thank you so much for this party”

“I feel so honored”.

I gave her a tight bear hug and Dapo took a picture of us.

Few minutes later he was in his car ready to go home.

“Take care of yourself Sweetheart”

“See you soon” he said his full blown baritone voice.

I gave him a wide smile and waved as he zoomed off.

I started missing him the moment he left.

“The guy is just a “potential customer”, don’t start catching feelings” I mused, trying to talk myself out of the idea that I was falling for him.

“Lover girl! When did you guys started dating?” Shade asked with a mischievous grin.

“Obashade! Please don’t start with me” I replied and headed straight into my room.

“No one is dating anyone” I added.

“Sha tell him to hook me up with one his friends“ Shade shouted after me.

I entered my room and crashed on my bed replaying the day’s event in my head. I was still in Disneyland fantasizing about how cute a couple I and Dapo will be when my phone rang.

Chief Ike was at it again.

2 thoughts on “Diary of a Jumoke: Episode IX”